Tuesday Takeover: The Best Part of Romance by Sarah Brocious

Life can be crazy at times. Case in point? This very article. I have had weeks to think about what I could write, would write, should write…yet, here I am on the one yard line, writing hours before it is due. I was even tempted to recycle an old blog of mine, but couldn’t bring myself to do such. So, this may be short and sweet, but it will be original.

Who am I? You will still find me bashfully admitting, “I’m a writer.” Because I honestly still find myself doubting that title every day. You can ask anyone who has ever been a part of my life, writing is who I am. I can’t survive long without putting words to paper. I have a brain that rarely stops and I think without writing, I may go mad. Honestly…mad. Writing is an outlet and it is the only thing that calms the chaos. (well, that and music) To call myself a writer feels like an honor that I don’t deserve. Yet, there are several books with the name “Sarah Brocious” attached to them, so it must be true, yes?

I had a short discussion today with a friend of mine on what exactly it is that I write. My first instinctive response was, “I write romance!!” To which I got a “give me a break” look. I argued, “But there is no sex in my books!” Response? “It’s in the way “he” looks at her. I know what that is all about.” And I blushed because it is true. What I imply in my words…in the way the characters interact, look, touch, and feel holds more meaning than the actual act.

I pride myself for this. I could write explicit scenes. I could give all the details and leave nothing a mystery. But how much more powerful is it when the imagination is involved? I don’t want my readers to get a descriptive monologue/dialogue of a kiss. I want them to actually feel that kiss. I want them to feel that look. I want them to experience that rush of butterflies to the stomach as if they were right there in the characters shoes.

What is the very best part of romance? It’s the falling part. Its the shy glances. It’s the flirty remarks and the accidental touches. It’s the whispered words of someone scared to be heard, but wanting to tell the world. It’s the rush of adrenaline when you see that person. It’s the uncertainty that they feel it as strongly as you do. And it is the attraction that pulls one person to another in ways that can’t be explained. Mere words can’t touch these experiences. BUT…words with emotion, mystery and a hint of the forbidden can allow a reader to feel it.

If I could use a word to describe my writing style when it comes to the “romantic” connection of my characters? It would be…anticipation. And I think that holds more impact at times than instant gratification.

When I decided to publish, that was exactly the thing that came up time and time again. “You could be more explicit!” “Sex sells!” But I wanted to stand out. I like being my own person. So I didn’t want to write like others, I wanted to write like me.

What does that mean?

I am the good girl….but I am the wild child, too. I am the social butterfly and I am the hermit of an introvert. I am sunshine and hurricane. I need to write in a way that makes all sides of me happy. There needs to me just enough sweet with the sexy.

Sarah Brocious was born February 27th 1978 into a steadily growing family. She is one of eight siblings. Growing up in a “crowded” home gave her a great need to slip away for some time alone. In those times she chose to read or write even at a very young age. From the time she could put sentences together, she found no greater joy than creating stories.

This desire continued to grow but as does often happen… life got in the way. Her love for writing did not diminish. It was pushed aside for a time.

Now in her thirties she has decided to put her “need to” aside and give into the “want to”. So far there are four books to her name. There is much she wants to share in the future… This is just the beginning! Follow her here. 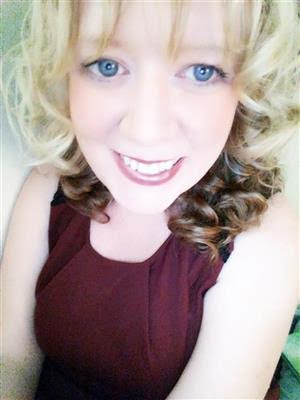 Sep 20, 2016 | Posted by AuthorSarahNoffke in Uncategorized | Comments Off on Tuesday Takeover: The Best Part of Romance by Sarah Brocious

Have you ever felt a subtle pressure, heard a distant voice that undermines your Western rational-scientific upbringing? Ever had powerful dreams, fortuitous timings, Jungian synchronicities, or precognition? Maybe you experienced “the zone”, been surprised by tarot, or had some other extraordinary other-worldly experience? All my life, I have. And I ignored them.

I’ve lived my life aware of, but not consciously acknowledging that something different was going on. That was until three years ago. When everything changed.

There was something in Melisa’s voice I hadn’t heard before. It was usually so calm, but today the calmness sounded forced. Why had she missed yesterday’s Skype? And why was the video turned off? Whatever her secret, it was a big one.

Three thousand miles separated us, but that would change soon. She was getting ready to leave Canada for her favorite city in the world, London. And in a few weeks, I’d be moving into a new apartment there too. One that would suit us perfectly as we started our new life together.

“Is everything alright?” I asked.

When the flight landed, I made my way to the hospital in a quaint town on Lake Ontario’s sparkling shore. I pushed through the doors and a series of sterile corridors that led to Palliative Care, unrolled before me. There the voices were hushed and the nurses kind. The doctor spoke so quietly that I asked him to repeat what he’d said. I’d only heard something about “as little as eight weeks.” Or maybe he was shouting, and I just didn’t want to hear.

Melisa and I talked a lot; we sat in silence too, which was, at first, worse. One morning, after the doctor had upped her pain killer to something a hundred times stronger than morphine, she’d asked a question I’ll never forget. A question she came to repeat most days.  That evening, I pushed her wheelchair to a sunspot in the hospital garden. She commented that the butterflies were magnificent this year. The flowers too. Then, turning to me, she asked if I thought anyone knew the answer to her question. Or ever would. I smiled because it was just the sort of thing she liked to think about.

Every day, a little more of her slipped away. She made me promise I wouldn’t be sad. I must find someone else…get on with my life…but she hoped I wouldn’t forget her. Then she asked me to angle her bed so she could look out the window. I wondered why, as the sky looked moody that evening. Maybe she missed the colourful birds that had argued over the peanuts in the feeder earlier that day.

“I asked for a sign,” she explained. “A sign everything would be alright.” Closing her eyes, she sighed deeply. Then she whispered her question again.

“What happens to love when we die?”

Melisa was sedated more now, and she was rarely able to talk. She had begun sleeping most of each day. One morning, the nurse told me they’d heard voices in her room. When they’d entered, she was alone. She’d told them she’d been talking to Archangel Michael. Days later, in a rare waking moment, she’d stared between the nurses tending her and said, “You’re very beautiful.” They asked who she was referring to, and she’d been surprised that they couldn’t see the angel at the end of the bed. When I felt my voice wouldn’t betray me, I asked the nurse if she’d heard of this sort of thing before. She’d said it wasn’t uncommon. Especially for spiritual people.

Twelve noon is a strange time to be overwhelmed by tiredness. But that Monday, I lay down and fell asleep instantly. I dreamed I’d ridden a motorbike up a long gravel drive to a white mansion that I wasn’t meant to enter. Standing outside, I lifted a letter from the saddle bag. The words “Death Certificate” were written on the envelope. I hesitated, wondering if I should open it; before I decided, a ringing phone woke me. It was the hospital. Melisa was gone.

Melisa’s question stayed with me. When, after many months, the numbness began to lift and I was trying to make sense of, well, everything, I cast my mind back to a conversation I’d had years earlier with a Polynesian fisherman. He’d described his vision of the afterlife.

Soon afterwards, I encountered an old school friend, whose mission is to educate people about the plight of the oceans in general and whales in particular. He challenged me to write a book that was powerful, different—that above all, offered hope. So I began to tie together the many strands I was thinking about. I was, if you like, finally acknowledging the subtle pressure; I was listening to the distant voice.

Something in the Water is the result, and it’s dedicated to Melisa. Surprisingly, it wasn’t hard to write. 115,000 words without writer’s block is, I’m told, most unusual. Impossible, even. But what do we really know about the impossible?

What I do know is that while it’s a work of fiction, it’s also the product of observation, research and conviction. It explores love and interconnectedness, death too.

As the pieces fell into place, it helped me see a silver lining. I hope it also helps anyone who has lost a loved one.

Back to Melisa’s question: What happens to love after death? I hope that Something in the Water goes some way towards providing an answer.

An answer that she, of course, already knows.

What do you think happens to love after we die?

Ben Starling is passionate about marine conservation and boxing, both central themes in his novels. His interest in marine life has taken him across three continents over the past three decades. Starling is the author of two Romance novels, Something in the Air and Something in the Water. Get his first book free here. 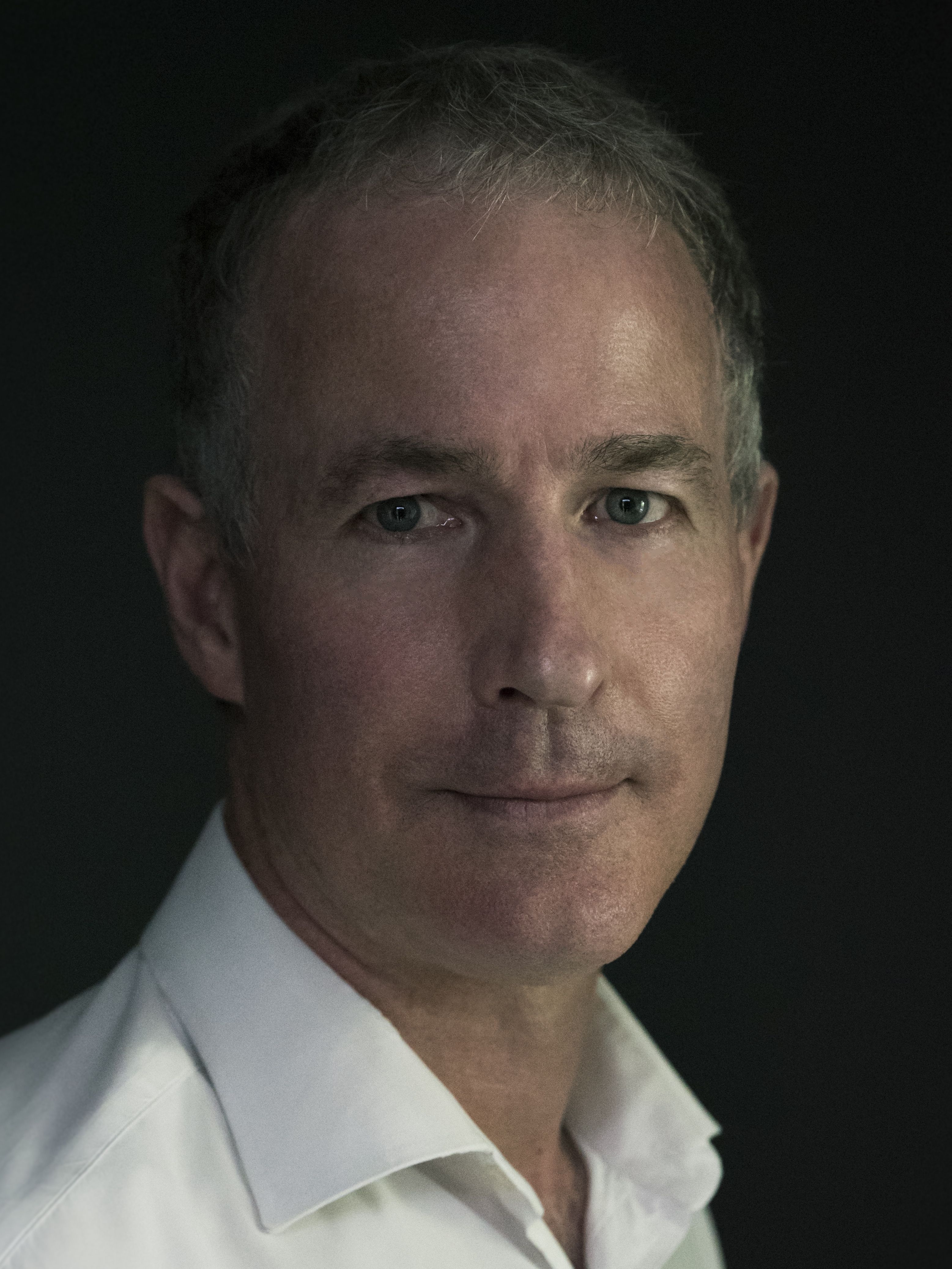