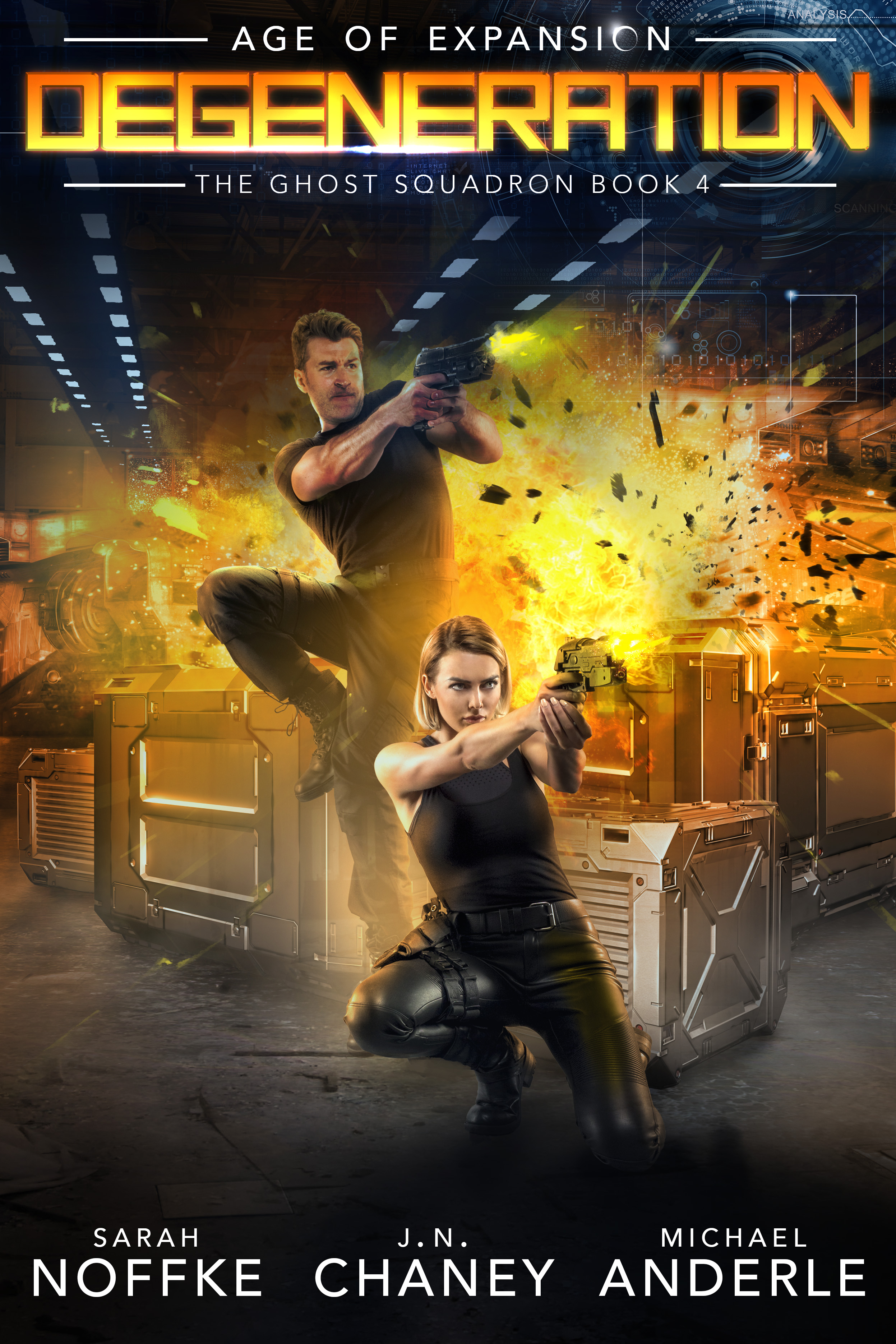 “I’m not sure that I asked for your input,” Jack said to the empty office when Julianna and Eddie entered.

They both paused and regarded each other with a bit of confusion.

“I believe you said, ‘why can’t I ever find anything in this place,’” ArchAngel said overhead with an amused tone.

Jack’s desk was, as usual, covered in papers and folders. He used a tablet often, but also seemed partial to paper at times. Julianna kind of found it endearing. He was an incredibly strategic thinker, evolved in his problem-solving approaches, and yet he liked holding a paper report in his hands.

He shook his head at the AI, rolling his eyes for Julianna and Eddie to see. “It’s an expression. It doesn’t mean that I’m looking for you to provide a solution.”

“But my job is to make your job easier. I’m always looking for solutions,” said ArchAngel. She was playing with him, trying to get under his skin, and judging by the look on his face, it was working.

“I believe I was in my office alone, working. Is there no privacy here?” Now Jack sounded like he was playing ArchAngel’s game, a slight bit of amusement in his tone.

“There’s no privacy anywhere on this ship,” said the AI. “Which is why you should know that the Captain and the Commander have been drinking prior to this scheduled meeting.”

Eddie turned to Julianna, shaking his head. “Isn’t she a doll?”

Jack sorted through a stack of papers on his desk, craning his neck to look under them. “I think my office could use some organization,” he admitted.

“I told you so,” said ArchAngel.

Jack shook his head. “I knew you were going to say that.”

Julianna did laugh now. “It’s like you two are married.”

“Maybe you should get out more often, Jack,” Eddie said.

Jack looked up from the papers and sighed. “I think you’re right. Something is wrong with me if my most intimate relationship is with a two-hundred year old AI.”

No talking for you, Julianna said in her own head, preemptively cutting Pip off.

What? I wasn’t going to say anything, he lied.

I mean, I might have said that you can relate. And as far as getting action goes, I’m about the closest thing to your boyfriend.

A shiver ran over Julianna. Do not. I repeat, do not ever describe yourself as my boyfriend.

I noted that shiver. I don’t know why you have to be so rude. I’d be real good to you, Jules. I’d whisper sweet things in your ear.

Julianna gritted her teeth, but smiled still. Pip had gotten more playful like this since evolving. It was kind of cute, but she liked pretending that she hated it.

I’m seriously considering having you removed from my head.

Oh! I have a better idea. Why don’t you have me paired with the Captain as well? That way I can share a space in both of your heads. I can help you, if you know what I mean. Wink, wink.

There was a silence while Julianna cringed.

You do know what I mean? I’m winking right now, said Pip with a laugh.

I don’t know what you mean. And having you bouncing back and forth between the two of us might make me crazy.

You’ll warm to the idea. It’s a good one. Think of all the fun we could have.

I’m thinking about it and nothing fun is coming to mind, just endless annoyance.

Sure, sure, Pip said, a hint of mischief in his voice. Oh, and you don’t have to worry about me crossing the platonic boundary. You’re not my type.

A moment later, Pip added, at all.

Do you have a crush on ArchAngel, is that it?

Pip made an audible shiver noise. Are you kidding me? That woman would have me by the balls. I wouldn’t be able to glance at another AI without asking permission.

Wow, you now have balls. Things have come so far.

Jack was still ruffling through papers, looking overwhelmed. Eddie was peacefully whistling to himself, leaning back in a chair. Julianna took the seat next to him, hoping that Pip was willing to grant her some peace away from his distractions. He was way more fun than he used to be, but hell if she was going to tell him that.

Balls, Pip chirped just once as Jack cleared his throat.

Jan 19, 2018 | Posted by AuthorSarahNoffke in Uncategorized | Comments Off on Snippet 5: Degeneration, Ghost Squadron #4