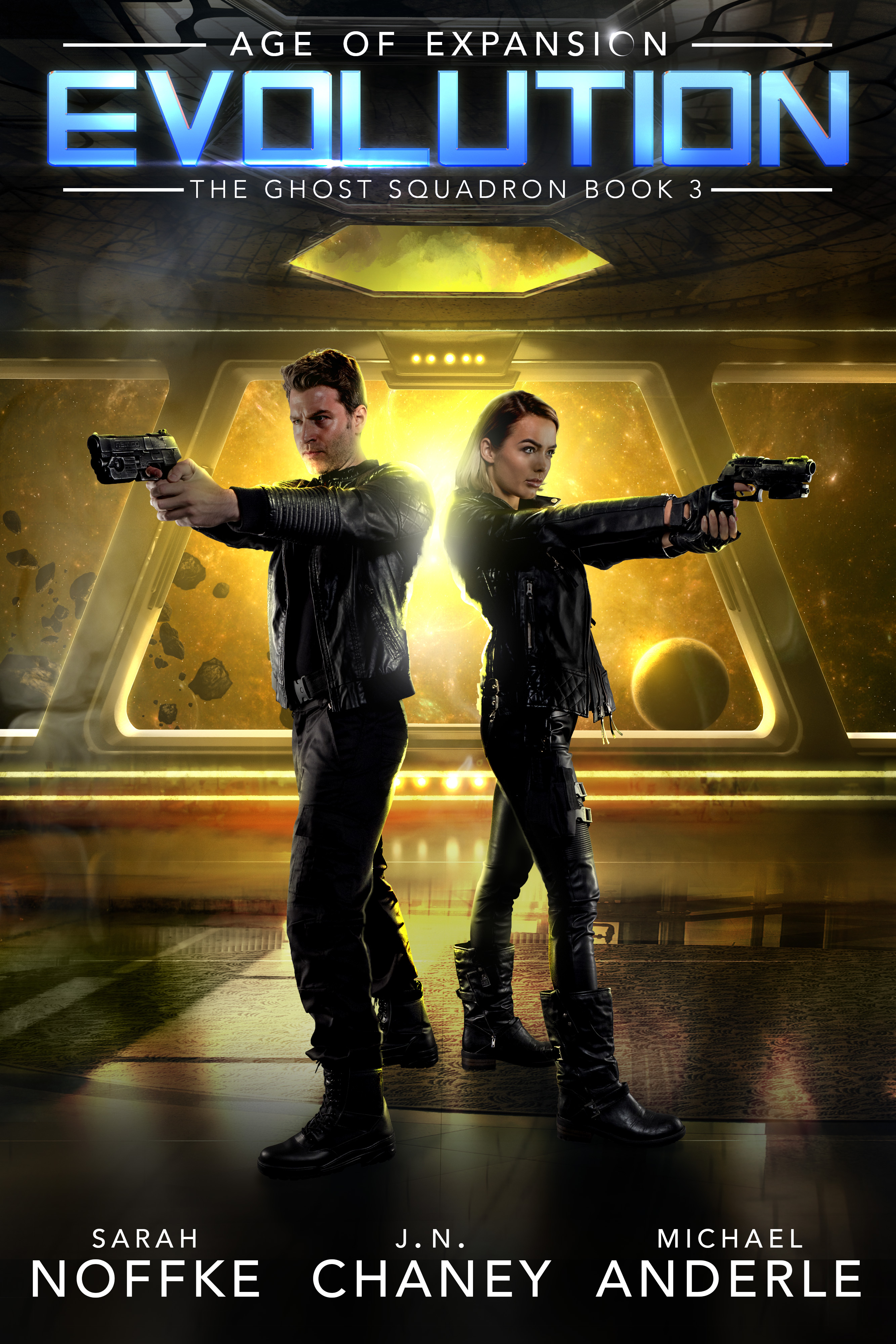 “You’re kidding me,” said Eddie, pulling back his arm and launching the dart forward. It whirled through the air, sticking hard into the board, a few centimeters from the bullseye.

Lars took the position where Eddie had been. “I’m not kidding you. Marilla says these aliens are telepathic. Isn’t that bizarre?” He threw his own dart and it landed on one of the numbers that bordered the target.

“I definitely don’t want to meet any those guys,” remarked Eddie. “I don’t need some alien in my thoughts.” He picked up a dart and twirled it in his fingers. The idea of having someone in his head, like Julianna had with Pip, was a bit strange. Sure, there were the obvious perks to it, depending on the circumstances, but Eddie wasn’t sure how he’d feel about an AI listening to the things that went on in his mind, let alone an alien.

Maybe that’s why Julianna had gotten rid of her last AI, Ricky Bobby. Eddie had been silently investigating the whole thing for a while now, ever since Pip became sentient. Julianna acted happy about the evolution, but there was something else going on. He could sense it in little ways. It wasn’t so much what she said, but what she didn’t say. When Eddie discovered Ricky Bobby’s existence, it came as a shock. For as well as he knew her, Julianna had never spoken about her former AI companion, despite how long she and Ricky Bobby had worked together.

Eddie wanted to approach her about this, but had yet to do so. He wasn’t sure why. Maybe he just didn’t know if it was his place.

“Yeah, I know,” said Lars. “One or two telepaths is one thing, but an entire species boggles my mind.” The Kezzin soldier watched as Eddie took his shot. Again, he narrowly missed the bullseye.

Lars didn’t bother lining up for his next shot. He haphazardly threw the dart, and it didn’t even make it on the board.

Eddie whistled through his teeth. “Damn, I’m glad you fly better than you shoot. Otherwise, you’d have been wasted by now.”

Lars shook his head. He realized he was being sloppy. It had been like this in recent weeks during his down time. That was the only opportunity that he had to let his mind wander, and it always shot back to the Brotherhood. Seeing the army that Commander Lytes had put together overwhelmed Lars whenever he thought about it, and he couldn’t help but dwell. Maybe he didn’t know those soldiers, but they were still his fellow Kezzin. They were his brothers.

He wondered about his family, too. Had his brother been required to join, once Lars had left? He didn’t like to think about that, but it was difficult to control his thoughts. Doubts and fears were tricky things to control. The moment you thought you had a handle on them was the moment they consumed you.

The screen on an adjacent wall flickered on, Chester’s pale face looking out at Eddie and Lars. “There you are, Captain,” he said, beaming. “I have something I think you should take a look at.”

Eddie, unflustered, pulled back his arm and released it with the dart. It stuck straight into the bullseye this time. Casually. As though he had planned this, he turned to the monitor. “I’ll be right over. Have you paged Commander Fregin yet?”

“Yes, she’s on her way here,” said Chester, running his hands through his spikey blond hair.

“Very well.” Eddie slapped Lars on the shoulder as he turned to leave. “Keep practicing, brother. One of these days you’ll be able to beat me.”

Dec 13, 2017 | Posted by AuthorSarahNoffke in Uncategorized | Comments Off on Snippet 3: Evolution, Ghost Squadron #3