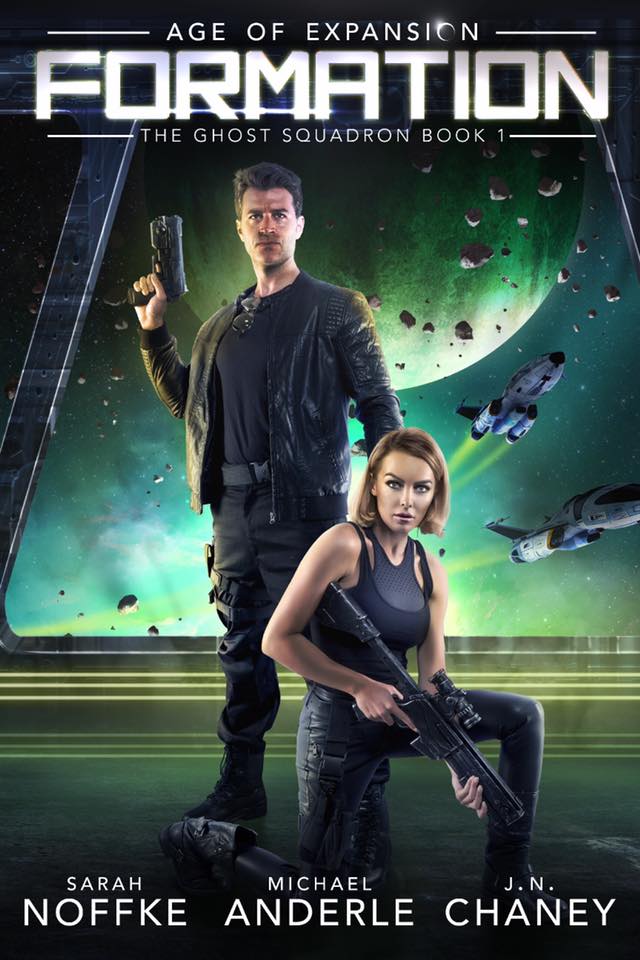 Eddie sat with his hands at his sides, watching as the QBS Atticus Finch—home to the Trill Mining Co. and the Five Trees Bar—departed the system.

As the ship activated its FTL (Faster Than Light) drive, slipping into warp, the planet became an instant blur, fading into the void like a pebble into the sea. It had been several years since Eddie had been aboard an Etheric ship like this one. He’d been out of the service for almost a full decade, never spending much time on any of the core planets, and typically hitching rides on cargo ships. It was simply too difficult to be around these types of vessels and not be actively involved.

Even now, the memories flooded him, reminders of a better time, back when he was still useful.

Not the wandering exile he’d since become.

What could General Reynolds possibly need a man like Eddie for? Didn’t he have enough soldiers at his disposal to do the job? What could one guy with a drinking habit and a bad haircut do that no other person could?

He scoffed, rolling his eyes. Don’t be an idiot, Eddie. Your hair is fucking phenomenal.

Eddie had hitched a ride on this cruiser all because a man claiming to be the head of the Federation had asked him to.

Maybe this was all a giant mistake, but Eddie didn’t think so. He had a feeling that everything the old man had told him was true—that humanity was under attack and it needed to be protected. After traveling across the outer rim of the galaxy for the last decade, Eddie could tell there was a stink in the air, a certain level of unrest building against the original Empire and the rest of the core planets. Pirates and smugglers had appeared in larger numbers; raiders were becoming more prone to attacks. The people were afraid, and no one understood why.

But something told him that General Reynolds knew the answer to that question, and, right now, Eddie was willing to follow him to find out. Even if it was all bullshit, the truth was worth taking a chance on. It was worth uncovering, if only for his own curiosity’s sake.

The lights of the passing stars whipped by in a mesmerizing display, relaxing Eddie as he sank into his seat. He watched them fade in and out like falling raindrops, disappearing back into the darkness from which they came.

Oct 31, 2017 | Posted by AuthorSarahNoffke in Uncategorized | Comments Off on Snippet 3: Formation, Ghost Squadron, #1