Someone Dropped Me Off Here… Oriceran Has Been Unlocked 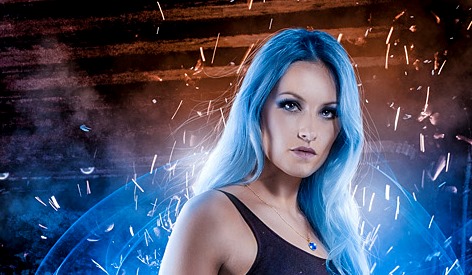 People keep asking me what I’ve been up to. But it’s not the casual, “How are you?” It’s the one where they stare deep into my eyes with a bit of caution. “Sarah, where have you been?”

The short answer is that I got pulled away, figuratively and literally.

Man, I loathe when people say that and I just did it.

Anyway, I’m ready to really share what I’ve been up to. It’s not a secret as much as I’ve been too busy to tell you.

Several months ago a friend recommended an author to me. He said this author, who is incredibly talented and successful, was inviting other authors to write inside of his universe.

So I arranged a call. I spoke with a stranger. He told me of his plans. I told him I wanted in… and the rest is history.

I’ve been working relentlessly, writing books in a brand new world. It’s the world of Oriceran. It’s a different planet full of magic and the gates between our world and that one only opens every several thousand years. But what happens in between is where the stories really take place.

I never thought I’d leave the Dream Traveler universe, but I’m kind of glad I have. It’s been crazy to stroll through the Dark Forest and happen upon a gnome in my imagination. Apparently a pixie lives there too, and a whole lot of other mythological creatures.

So now to answer the question honestly. What have I been doing? I heard about an opportunity and I took it. I jumped down a rabbit hole, hoping that the stories I weave on my way through are something incredible.

Welcome to the world of Oriceran. It’s connected to Earth, and nothing like it.

Sep 12, 2017 | Posted by AuthorSarahNoffke in Uncategorized | Comments Off on Someone Dropped Me Off Here… Oriceran Has Been Unlocked