Tuesday Takeover: The Truth of Work/Life Balance through Life’s Storms by Kate Corcino

Point A: We’ve all heard them—those pithy sayings meant to get us through the rough patches. “When it rains, it pours” and the like.

Point B: As writers, we’ve all heard the impossible counterpoints, too. “Write every day. EVERY. DAY.”

What happens when Point A wipes out Point B? I’m not talking about feeling swamped. I’m talking about a tidal wave of life events that crashes over you and those you love with a destructive force that leaves you sobbing as you pick over the detritus. Whether it is one huge event, or a series of smaller events that just keep coming, you are utterly overwhelmed.

How do you manage work/life balance when that happens?

But how can I be a writer if I’m not writing?

Neither life nor writing happen in a vacuum. The things that you are learning when you’re in coping mode enrich both your person and your writing. I have so many writing friends forcing themselves to work through upheaval simply because they think that’s what writers do. They push themselves into exhaustion and beyond. They agonize over every moment spent away from their manuscript.

The bear of it is, sometimes you can’t help it.

In 2005, at seven months pregnant, I tripped while unloading groceries (they don’t call me “Grace” for nothin’). The impact caused a placental abruption. Our son was born at 27 weeks. The next three months were a blur of hospital corridors, medical forms, two-steps-forward-three-steps-back terror, and gratitude. Later, when I had time to reflect and not simply ride the daily waves, I recognized all of the lessons learned during that time that inform my writing and my life as a writer. Foremost among them was perspective. No matter how terrifying my tiny son’s odyssey was, the spectre of loss that left me breathless with fear was very real to other parents in the NICU. My son survived, then thrived. He came home. Other precious lives were lived in their entirety in that unit.

In 2008, when I was barely five months pregnant, my water broke early. The team at the hospital informed me that they had no choice but to deliver my still “unviable” daughter. We refused. They quoted a 90% fetal mortality rate in ruptures before 22 weeks, but we were steadfast. We were dismissed, sent home with antibiotics to keep infection at bay, instructions for total bed rest, and informed that I should drink at least 120 ounces of water per day. IF we made it to 24 weeks, they’d hospitalize us then, when there was a chance of saving her. When we went back three weeks later for the ultrasound, an eternity of tears and fears having passed in those weeks, my membranes had resealed. Our daughter wasn’t just viable, she was perfect. Lessons learned? Belief in myself, in my instincts, in my right to say no to experts determined to tell me they know better.

In 2011, my husband suffered a heart attack in the middle of the night. A day and half later, he underwent a quintuple bypass. Four and half days post-surgery, as I sat by his bedside, I received a series of calls that makes my heart ache to this day—our 15-year-old son had been in a horse riding accident. He was taken to a different hospital because he required the highest level of trauma care. Two days and a full craniotomy later, I stood by my son’s bedside at midnight as he came out of his anesthesia, disoriented, terrified, and in pain. He begged me with slurring words to hold his hand, to sing him his baby song, to stay with him. I stood leaning into the metal bars of his bed in the PICU until dawn, holding his hand and singing “You Are My Sunshine” until my voice failed and all I could do was hum. At dawn, he finally fell asleep. My day, to be spent managing my loves in two hospitals and at home, was just beginning.

Lesson learned? I am mighty. There is nothing that cannot be handled, so long as you keep your focus on the moment you are in right then. Do not look up. Do not allow yourself to be overtaken by what-ifs and possibilities. All that matters is one moment. If you can do that, you can do anything.

2015 was meant to be a great year. I had that work/life thing on cruise control. My first book, Spark Rising, and its related collection of stories had been released at the end of 2014 and the response to the novel exceeded my expectations by miles and miles. It won awards while I was deep in writing its follow-up. At the same time, I balanced managing the household, homeschooling my two youngest children, cheering on my oldest (who’d recently flown the nest to begin his adult life across the country), and nurturing a handful of animals. But I didn’t merely balance. I didn’t manage. I excelled.

And then our household crashed, again. My chronic health condition (also nicely managed) decided it was done cooperating. I was hospitalized for a week that summer. And then again. And then again. Even as teams of doctors surrounded my bedside and told us gravely that we were done managing and I risked death if they didn’t intervene surgically, I still managed.

I finished two sets of revisions on the manuscript and scheduled both edits and my surgery for early Fall. I co-wrote a short story. I made arrangements for the kids, the animals, the household. And then I was hospitalized again, and the surgeon moved up my surgery. It couldn’t wait.

Unfortunately, it would have to.

A week before I was supposed to return for elective resectioning of my innards, an inattentive driver swerved in front my husband on his way to work. His motorcycle went down, and it took all my careful management skills with it. We began an odyssey that would span gross malpractice, finding another doctor, another hospital, and two surgeries to repair him. The morning of my birthday, I kissed my husband and went to wait in a waiting room while they replaced his shoulder. Five weeks later, he leaned over to kiss me and wait while they wheeled me in for my own surgery.

During our recoveries, I did not write. I did not think of my once-looming deadline, now postponed. I did not work in spare, stolen moments. I allowed myself to heal, for him, for our children, for me.

Because sometimes work/life balance means putting everything you have on one end of the scale because that is the side that matters most.

The miracle of it is that when you turn back to the scale, somehow both sides are still hovering, somehow still balancing. How can that be?

That’s the most important lesson I’ve learned. As writers, we are so much more than butt in chair, fingers on keyboard output. We watch, we synthesize, we learn, and we dream, even through the nightmare times. And every experience, every moment away from our manuscripts and our internal worlds, returns again to us two-fold in wisdom, and depth of character, and fullness of experience that allows our writing to grow.

Work/life balance? I’m here to tell you, my friend, that if you’re alive, you’re balanced. When the storms stop thundering and the water recedes, when you have time to rebuild and breathe again, the words will be there. And they will be so much richer because of where you’ve been. 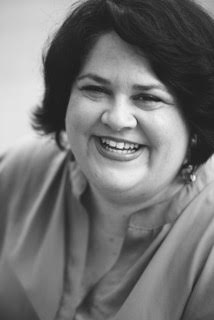 Kate Corcino is a reformed shy girl who found her voice (and uses it…a lot). She believes in magic, coffee, Starburst candies, genre fiction, and descriptive profanity. A former legal videographer, teacher, and law student, she believes in chasing dreams and the transformative power of screwing up and second chances. She is currently preparing for the imminent release of Spark Awakening, the second book in the Progenitor Saga, a futuristic fantasy series with romance, science, magic, and plenty of action.

She lives in her beloved desert in the southwestern United States with her husband, several children, three dogs, and two cats.

You can find her first book, Spark Rising, at Amazon.