Tuesday Takeover: Play for the Win by EE Isherwood

When I first considered penning a book I was in my mid-40’s, had a full-time job, and supported a young family. In 2014 my grandmother passed away. For some reason, that event inspired me to write a short story set in a zombie universe. The little old woman in my story had to survive an encounter with her live-in nurse—who had become infected with the zombie virus. When I finished the 6000-word story, I loved it so much I wanted to keep going. I wrote a book about what she did next. Then I wrote two more books, with at least one more in the works.

Over the next year I lost my job and had months of free time to work on my writing. It slowly dawned on me they formed a coherent story that maybe…just maybe…someone would want to read. So I got to the hard work of editing, designing covers, and formatting for Kindle. I also spent a lot of my days doing research into self publishing. I wanted to do it all myself the first time, just so I could learn what goes into it.

The number one lesson I took away from all my research up until that point was to always respect your readers. Anyone who takes a chance on your book is going to spend several hours inside your world. Is it ready for them? Did you invest in a professional editor? If not, why? Does your cover look like it belongs on a shelf in Barnes and Noble? If not, why?

When I hit publish in December of 2015, I truly believed I was publishing for a few friends and my mom. I thought I was doing right by them. I edited the book myself several times. I put probably a month of man hours into editing those 90,000 words. I released with a simplified cover I felt was competent, though I had no illusions it was top notch. Being unemployed, it didn’t make any sense to invest money into something I had no idea was going to make a nickel for me in the short term.

In short, I wasn’t playing to win.

If any of those are true, and you release without professional editing or a professional cover, you aren’t playing for the win. Think about any grand opening you’ve ever attended. If the business had dirt and debris on their parking lot, broken shelves and misplaced product on the inside, and clogged toilets, what are your chances of ever going back—even if whatever they were selling was brilliant?

Being an author is a strange place for an introvert such as myself. It simultaneously begs for humility and braggadocio. But promoting something that isn’t an absolute best effort is a formula for failure. So how do you stay grounded while playing for the win? Easy. Eliminate points of failure.

Here’s the good news. Playing to win is actually not that expensive. If you’re writing for anyone besides yourself, you can’t go wrong paying the $500 to edit and sheath your book. Sure, that may be a lot of money for a roll of the dice, but your book is your intellectual property that can sit in a variety of electronic bookstores FOREVER. You’ve created something that will generate revenue for you until the day you die, plus 70 years. Think about that, then adjust your math.When you hit publish you are either dumping a second-rate product into a bottomless pit with 6000 other books, or you’ve invested in yourself and your property to ensure you have the best chance of recouping your investment rather quickly. In my case, it took about 20 days with revenue from KDP Select, and I’m a nobody.Play for the win, believe and invest in your product, and give yourself a chance to succeed. Your readers will love you for it. 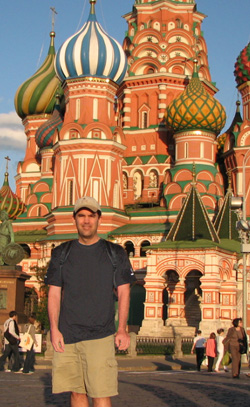 EE Isherwood is a lifelong reader of post-apocalyptic fiction. In 2015, life gave him the opportunity to try his hand at writing and he began with a short story about a 104-year-old great-grandmother. Then he tossed her into the zombie apocalypse in his debut novel Since the Sirens. He wrote two more books about her as part of the Sirens of the Zombie Apocalypse series. A fourth volume is coming. Every day he goes to bed amazed he’s kept her alive for one more day.