On the last day of this year I had the honor to do my very first guest post on a fantastic blog. Check it out. It’s an article about dreams! And I didn’t make any of it up as usual, it’s all based on facts.

Dec 31, 2014 | Posted by AuthorSarahNoffke in Uncategorized | Comments Off on Dreams Inspiring Fiction

Here’s an author interview (about me!) and giveway! It’s super fun to finally talk about the books, especially since they were a big secret for so long.

Dec 15, 2014 | Posted by AuthorSarahNoffke in Uncategorized | Comments Off on Author Interview and Giveaway

Heads up! I’ll be doing an /r/books Author Spotlight over on reddit today starting at 10:30am PT. Come by and say “Hi” and ask me any questions.
http://www.reddit.com/r/books/comments/2os0zu/hey_reddit_my_name_is_sarah_noffke_im/v
I’ll update with a direct link once the event starts.
Dec 9, 2014 | Posted by AuthorSarahNoffke in Uncategorized | Comments Off on Author Spotlight 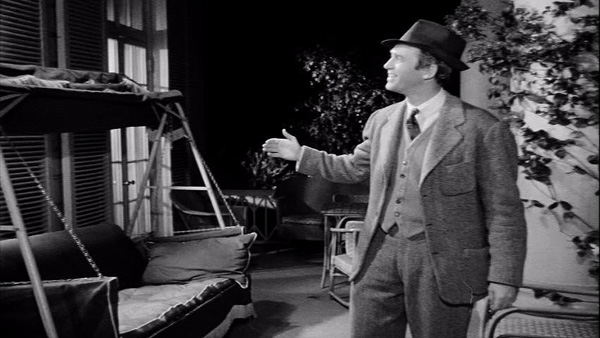 So I mentioned in an earlier blog post that I used to have a memoir blog under a pseudonym. In it I shared crazy stories from my childhood. Here’s one that relates to our blog topic here: paranormal abilities. And it gives you some silly insights into my child-like brain. I’m not sure I’ve matured much there.

There’s something I wanted so badly as a child but never had: an imaginary friend. I was absolutely fascinated with the idea of having this friend named Laurel, who spoke with an Irish accent, and made balloon animals. All over Saturday morning television there were shows portraying children and their imaginary friends. They always seemed to have so much fun together and I longed to know what that friendship felt like.

I also always wanted a psychic ability. I felt that if only I could tell the future or read minds or even palms then I’d be truly happy. I began focusing the attention once dedicated to inventing an imaginary friend into cultivating this talent. However, I proved to be a failure at reading minds.

Since my options for living a weird life were running short, I decided that I’d go into the field of mind control. My very first opportunity to hone this skill came when our Nintendo malfunctioned. All of my brother’s usual tactics of pulling out the cartridge and blowing on it didn’t work. Frustrated, David reverted to hitting the side of the TV to make Mario Brothers pop up on the screen. I had been sitting quietly on the sofa waiting the hour and half before my turn to play the game. My brother had apparently played the game so long that he’d overheated the system thereby rendering it useless. This would not do at all. As David proceeded to bang on the side of the TV, I closed my eyes and focused. The Nintendo works. The Nintendo works. The Nintendo works. I kept repeating those words in my mind, while simultaneously seeing the game actually working in my mind’s eye.

“Finally!” David shouted as the game chimed signaling that it was working once again.

My eyes flew open and a smile burst across my face. I extended my hand. “Give me the controller. It’s my turn.”

“Nah, give me five more minutes.”

One day we were headed home on a frigid February day and our Toyota station wagon stalled at the light in town. My mother instructed my brother and sister to get out of the car and start pushing while she steered the car into a parking lot. She rolled down the window so that she could give them orders and the piercing winds flew back to where I was ducking down in the back seat.

“Why doesn’t Sarah have to help?” Anne yelled as she pushed alongside David.

“Why do you think? She’s not necessarily a large and strong kid. Push harder!” Mom commanded from the front seat.

Feeling glad to be young and little, I shot a smirk through the back window at my sister who was freezing her ass off pushing the car. Fifteen minutes later my siblings managed to push the car off the road and into the parking lot of the Western Wear Store. Everyone piled back into the car, shivering and red faced. Mom turned the key in the ignition and pushed on the gas. The car reared and reared, but didn’t turn over. “Come on!” mother coerced the car.

“You’re gonna flood the engine,” David hollered from the passenger seat. “And can you roll up the window? It’s freezing in here!” he exclaimed.

Giving him a dirty look, mother shook her head. “I know that. And no I can’t roll up the window. I’m smoking.”

“Be quiet, I’m trying to think!” our mother shouted as she flicked a cigarette ash out the window.

Then all of a sudden there was the very real sound of an engine turning over. I opened my eyes to see my mom throw her hands up in the air. “Hooray! It worked.” She patted the dash board lovingly. “That’s a good car.”

I figured this was probably my moment to come clean and get my due credit. “Ummm, that was me,” I said.

“What was you?” Anne asked beside me.

David and Anne doubled over laughing as our mother pulled the little station wagon out onto the road.

“Don’t laugh,” I said. “I have a sick sense. I can make things happen with my mind.”

Mom extinguished her cigarette and then gave me a look over her shoulder. “You don’t have a sick sense.”

Oh great, now my own mother didn’t believe in me, I thought.

“And you don’t have that either, Sarah,” Anne said.

If I couldn’t be psychic or have mind control then at least I could be weird. “I don’t care if you don’t believe me.” I fired another evil smirk at my sister. “Laurel believes me and that’s all that counts!”

Dec 2, 2014 | Posted by AuthorSarahNoffke in Uncategorized | Comments Off on Sick Sense

When I Grow Up

The other day during a routine office visit, my doctor asked me what I was doing these days.

“Writing YA sci fi fantasy novels,” I told her.

I could tell by the blank expression on her face that this was not the answer she was expecting. I was supposed to say, “working in the accounting department at XYZ” or “managing a few accounts for XYZ.” Fessing up to being a writer makes people pause I’ve noticed.

My doctor then asked, “So did you study journalism in college?”

“Management,” I informed her.

Another pause. She actually furrowed her brow this time. “How does that happen?” she asked.

The short answer is I got bored. Bored of spreadsheets and meetings about meetings. I loved the people. The mission. The product. But the day-to-day was draining my creative vault more and more each year. I wanted to do something that was creative. Something that gave to our society in a different way. So I took down my diplomas and replaced them with a bulletin board which I quickly filled up with notes and ideas.

However, I still have a real job. One that makes me sound normal. I’m a college professor. Often I have students tell me they have no idea what they want to do with their lives. They’re in college, taking classes towards a degree, and one day they’re going to have to use it…but for what? Some of the college students aren’t young either. They have returned to school after raising kids or retiring from the job they never really liked.

These students must think that because I’m qualified to teach them how to write, that I might know something about advising them on the future. Or maybe like all those searching for answers, they’re just asking anyone who might have an answer.

A waste? Or is it the path to get you to where you want to be, even if it’s not where you were headed? The thing is that if you’re true to yourself then you’re going to grow up to be “you.” No matter what path you choose, it will take you there. I have a Masters in Management. Without that degree I would never have gotten to that crucial place in my life where I became unbelievably and painfully bored out of my mind. Maybe if I’d gotten my graduate degree in psychology (as I intended) then I would have been content in that profession and never become a writer. Maybe. Hard to know for certain.

So what advice do I actually give to my students when they ask me how to figure out what to do with their life? “Pick a path. Recognize you might not end up where you expected. And until you arrive, enjoy the ride.”  If they don’t like this advice then I follow it up with saying, “Do something that gives people pause.”

Nov 17, 2014 | Posted by AuthorSarahNoffke in Uncategorized | Comments Off on When I Grow Up
« Older Entries